There’s nothing like a catchy title to suck you in. Hack The Earth is, more precisely, about “Speculative practices and imaginaries, degrowth and feminist practices, joyful actions and radical tenderness.” That is to say, workshops, talks, performances, round tables, concerts and remote connections over four days to explore speculative methodologies, feminist science-fiction, DIY environmental monitoring, precious plastics, a museum of patriarchy, other virtual realities, feminist servers “and in general processes of all kinds to liberate matter and minds”.

All this in a former industrial colony that is gradually getting back into shape after decades of slumber, like an old industrial monster that mutates after each resurrection. This project, like many others, implements at its own scale alternative ways of collectively weaving futures. “Communities to change everything”: a chronological narrative of Hack The Earth within nested timeframes.

Back to Calafou, after our last report two years ago, for a new edition of Hack The Earth oriented toward the future, or futures, collectively designed to avoid the dystopic perspectives of Californian techno-transhumanism and instead imagine other technologies, other relationships with nature and the economy, projecting other imaginary landscapes like self-fulfilling prophecies.

One person’s utopia may indeed be another person’s dystopia, but the whole point of an event such as Hack The Earth is to confront, crossover, interweave and assemble points of view. According to one of the organizers: “Making futurotopias together is another way to counteract the era of extreme extractivism (earth, soil, nature, species, bodies, data and dreams) in which we live and which also endangers our ability to dream and desire other worlds together. Making futurotopias together is a matter of healing and affection.”

The event was divided into three themes: imaginaries, techniques and struggles. Here are some of the highlights.

Several worshops invited poetical, political and ecological perspectives on feminist futurotopias, invented technologies that are voluntarily detached from actual physical and biological contingencies—producing ecofictions that wandered from filmic fantasies to speculative scenarios, writing reparative stories as ointments for your inner body, exploring dreams to satisfy desires or liberate your alien from possible bodies. Not to mention a visit to MAMI, the Archaeological Museum of Immemorial Machismo, by the artist Lucía Egaña.

Here we begin by taking simple steps to make our smartphones secure, we analyze the quality of river water downstream through low-tech microscopes, we build a giant weaving loom and periodic protections at the sewing workshop Banc Expropiat (“Expropriated Bank”).

On another level, we talk about developing feminist servers and the Anarchaserver project, we do networked Live coding, we consider the blockchain as complementary social currency, we exchange bodies with another person through altered-reality headsets courtesy of BeAnotherLab based in Barcelona. Also in Catalonia, the collective Precious Plastic formed during the Kunlabora conference to create a DIY space for upcycling plastics. 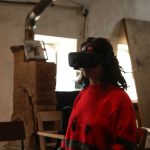 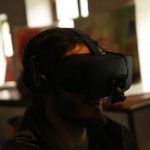 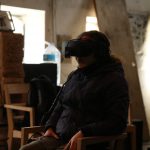 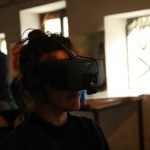 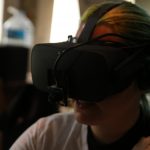 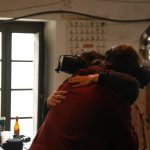 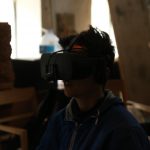 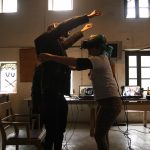 Struggles to defend the future

Echoing the “Letter from the Zapatista Women to Women in Struggle Around the World”, futurological horizons are hardly sunny, and activism deployed by South American collectives is all the more valuable and necessary, as affirmed via videoconference by several cyberfeminists and defenders of lands in Guatemala, Chile and Mexico.

We also heard from Women Help Women, which advocates for the sovereignty of our bodies, the right to legal, safe and free abortion in Argentina, as well as the Barcelonian project Metzineres to reduce risks to female drug users who are also victims of violence—imagining a “narco-feminist” world that is liberated from the war on drugs, where technologies, techno-sciences and infrastructures provide holistic protection.

On the rural side, the Sol Nascente project develops forest communities, beginning in the north of Portugal, where participants in the World Social Forum of Transformative Economies spoke humorously about what followed their actions, debated the theme of antifascism throughout history, the situation in Brazil and local dynamics on the eve of a national election in which the Spanish extreme right party Vox was almost represented in Parliament.

Promotional video for the World Social Forum of Transformative Economies to be held in Barcelona in May 2020:

To paraphrase Emma Goldman: “If I can’t make noise, it’s not my revolution.” An excerpt of Powerful Women was screened by Morgan Bodart as part of an audiovisual performance that lit up the social center of Calafou with a mashup of about a hundred films where, for once, women had the advantage.

In conclusion, Hack the Earth was a happy, creative and radical party that began with cabaret and the performance of Nani Miras demonstrating how to play the violin with pubic hair, while Dimanche whispered purely undulating data, Anne described her obscure dream about musical algorithms, the Cetus Drone married accordion and noise, we looked at and listened to bacteria and data sampled from the river, before the evening spiralled into the singing of a cyborg dandy and the cabaret suddenly closed with the group Cerrado por resaca (“Closed for hangover”), which dabbled in flamenco to land on punk. Daax’s automatic generative electro-minimal DJ took the relay, incarnated by a plastic parallelepiped blinker the size of a matchbox, as dancers bubbled with impatience to make revolutions on the Earth.

More on Hack the Earth 2019 (program and documentation)